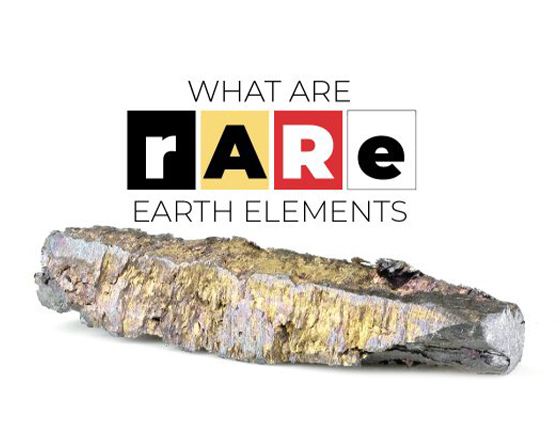 What are Rare Earth Elements?

There’s an old saying that goes: “If it isn’t grown, it has to be mined.” That’s not entirely true, but it makes you wonder what items don’t fit into either of those categories. Keep reading to learn more.

Mining has been and always will be critical to our civilization. This is especially true in our technology-driven age, in which the mining of “Rare Earth Elements” has taken on special significance. You’ve likely read news stories about Rare Earth Elements in recent years; so, what are they and why are they so important?

Rare Earth Elements are instrumental to our modern world.

When people think of mining they typically think of coal, copper, or gold mining, but all sorts of raw materials are mined from the earth. Because the mining industry is so widespread, it is a hotly-debated topic among politicians, environmentalists, and communities around the world.

What makes them so important, or as we call them, “rare,” is these materials are found in one form or another in virtually every technological device on the planet. Without them, the modern world as we know it could not exist.

The big tech push right now is in “going green” through electric vehicles and sustainable energy sources. One Rare Earth Metal in particular—neodymium—is used to produce strong magnets for electric motors and turbine generators. Many rechargeable batteries are also made with Rare Earth Metals, such as lanthanum, cerium, promethium, and neodymium.

Rare Earth Elements are the future.

From cell phones and aircraft engines, to MRI machines that save lives every day, Rare Earth Elements are integral components to the evolution of technology and the future of innovation. To date, China is the largest producer of Rare Earth Elements, but that is beginning to change. With the price of metals from China increasing, and a growing recognition among world powers that Rare Earth Elements are strategic resources, many other nations are ramping up domestic production capacity, both to meet the skyrocketing demand and to ensure a stable supply.

Here in the US, Polydeck is currently helping a new mine in Nevada produce Rare Earth Metals. Australia, Brazil, and India have all recently ramped up production as well.

The future is bright for Rare Earth Elements and mining them is definitely a growth industry for the foreseeable future so long as we keep using cell phones, driving electric cars, and using the latest devices.

Written by Tod Eberle, Director of Aggregates for Polydeck.